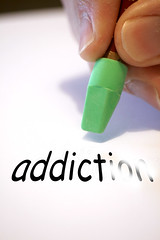 My friend and physician Lonny Shavelson wrote a ground-breaking book on addiction entitled Hooked in which he followed the treatment of five individuals who were seeking or were forced into substance abuse treatment in San Francisco over a period of two years. He had their permission as well as the permission of the city of San Francisco to observe their struggles with drugs and the treatment system.

He concluded that the system, although staffed by well-intentioned individuals, often does not serve the people who need it the most. Unfortunately, the system is often concerned with maintaining entrenched views on how to treat patients rather than evaluating the effectiveness of existing treatment or maintaining a commitment to coordinated and continuous care.

When I told him that my son, whom he has known since my son was a teenager, was incarcerated and has been managing his mood swings more effectively since being off drugs, Lonny reiterated what he has often told me in the past: “Time in treatment counts more than what the treatment is.” In other words, the longer an individual is off drugs, the better chance they have of healing their brain and remaining clean, clear, and sober.Lonny has given me permission to quote from some of his conclusions found in his book’s Afterword, “Does Treatment Work”:

Relapse: When an addict in rehab gets worse and heads back to drugs, the programs must increase treatment, not withdraw it. “Relapse to drug use, I had thought, means that both addict and rehab have failed.  I was wrong.  I know now that relapse is one of many ways in which an addict learns to stay off drugs.” As a parent, I thought a 30-day rehab would do the trick for my son. I had not understood the inevitability of relapse nor did I understand that relapse did not negate my son’s desire to remain clean.

Detox: Each and every rehab program must be required to have a formal, structured association with a drug detox center where it can send relapsed clients. “We must require that every program be formally linked to a detox center that will work with the addicts to help them get clean again and, hopefully, back to rehab.  And the rehab programs must encourage their relapsed clients to return for more treatment.”

Humiliation: Abuses and humiliation in the name of therapy must cease.  Cities must establish an ombudsman to monitor the rehab programs, and addicts must be allowed to access the ombudsman without repercussions. Stick and stay and keep coming back are the most potent tools for the drug treatment industry.  “If there is any one consistent finding that has come out of rehab research it is that the longer clients can be maintained in the programs the more likely they are to emerge clean and sober, and stay that way.  Kicking addicts out of programs because of relapses, or heaping abuse on them while they are in the programs, keeps them from coming back.”

Psychological counseling: All rehab counselors must be trained to recognize and treat the multitude of addicts who also have psychological disorders, and refer them to appropriately intensive additional care when needed. “There is no benefit to our spending rehab funds to treat dually diagnosed addicts unless we have dually-trained counselors.  At least forty percent of the people so devastated by drugs that they hit rehab have a psychological disturbance, with depression and Post Traumatic Stress Disorder heading the list.  These dually diagnosed addicts uniformly receive inadequate care.”

Case management: Cities must establish a comprehensive case management system to guide addicts through the maze of programs and services.  “The case managers should not work for any particular rehab program, but rather represent and advocate for the addicts in the overall system.” Many addicts are more prone to illness, have sleep problems, muscle tension, poor dental health and poor digestion. They do not get the health care they need which leads to more serious physical and mental disorders.

To learn more about PTSD go to: https://www.weightedblanketguides.com/benefits-ptsd

2 Comments on “What Works in Addiction Treatment?”