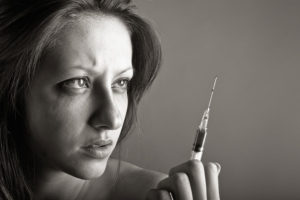 Several treatment centers opened their doors to addicts more than 35 years ago, which spawned sober living homes where recovering addicts lived together after treatment in supervised apartments or single-family homes. They attended outpatient therapy, found jobs, attended AA or NA groups and supported each others’ recovery. At that time, experts called the treatment and sober house system the “Florida Model” and it spread across the country.

Unfortunately, many unregulated fraudulent sober homes sprang up as more and more addicts flocked to Palm Beach County. Because Florida is a state that is both famous for insurance fraud and distains regulation, it became ground zero for the prescription drug epidemic. A 2008 law gave addicts more generous insurance benefits to cover pre-existing conditions like substance abuse disorder. Many of these patients were on their parents’ insurance until age 26, and the law allowed for multiple drug relapses.

Categorizing sober houses as group homes for the disabled has complicated arrests and lawsuits. For many addicts, living in a sober home has led to relapse. One former resident said, “Everyone was always high and when people are in there getting high, you run around with them getting high. It’s supposed to be the biggest recovery capital, but it’s really the biggest relapse capital.”

The firefighters and paramedics in Delray Beach in Palm Beach County report that they treat up to 20 overdoses a day. Sometimes they treat the same person several times in a single day. Almost all of the victims are under 26, white, and from out of state. Last year, they responded to 745 overdose calls ending in 65 deaths. Residents of the area call the addicts the “zombies.”

Neal de Jesus, a former fire chief serving as city manager, is worried for his firefighters. He said, “I have more than 30 years in this business. My firefighters have seen more death in 2 years than I have seen in my entire career.” Indeed, the medical examiner reported that last year alone 596 people died from opioids in the county. “It has really surprised me, how many people die. It truly is an epidemic much like when people were dying of AIDS, at first.”