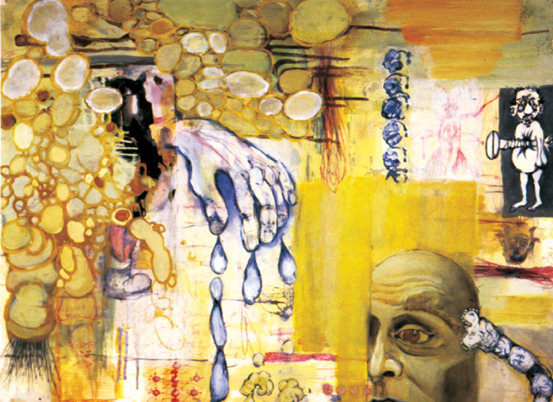 The following news story about mental illness in young adults in the NAMI California November Newsletter caught my attention because my son’s initial mental breakdown was when he was a sophomore in college. Everything seemed to be going fine for him and then, out of the blue he went into a deep depression. He tried to deal with it on his own by stopping drinking, thinking maybe alcohol was bring him down but when that did nothing to alleviate his depression, he went to the university’s counseling center. I was called by college officials to come and get him and bring him home. This was over 20 years ago and unfortunately, as you will read, things have not improved for families struggling with these issues.

The difficulty for parents of college age students with a mental illness is that if the child is over 18, due to HIPPA regulations, parents do not have access to medical records, cannot compel the young adult to take needed medications or get treatment. Parents have only limited access to health care providers to discuss the child’s diagnosis or prognosis. If the patient is delusional, there is little the parent can do legally to force long-term treatment.

Parents can take a preventative measure by getting their child to sign a medical waiver before going to college. The waiver can be rescinded at any time, but it gives parents a lawful way to access information if there is a crisis. The following story was reported by Cristina Mendonsa:

SACRAMENTO, Calif. – The journey to college is an exhilarating time for most young adults as they leave home to establish a foundation for success in life.It can also be a fragile time for those struggling with mental illness; 20 percent of college students suffer mental distress or mental illness with suicide being the number two cause of death in college aged adults.

Linnea Lomax started at UC Davis in the Fall of 2011 with high hopes for her future and a long history of academic and social success. Her parents never thought she would be at risk for mental illness.” She wasn’t a delusional person,” her father Craig Lomax explained. “Certainly not a delusional, paranoid person, which is what she became”.

Linnea Lomax suffered an athletic injury soon after starting UC Davis and was struggling with some tough classes, but continued to communicate positively with her parents. “There was a beautiful time in late Fall when she was expressing to us, ‘Wow, this is really hard,’ and asking us for help on how to manage her own health care,” Craig Lomax recalled. “She was sharing that this was challenging and stressful and we were working with her thinking, ‘Wow, this is how it was for me in college. Its hard work.'”

Her parents noticed some weight loss when they saw their daughter at a family friend’s wedding a few months later. They were concerned enough to surprise her with a visit to Davis a week later. “We went to surprise her on her birthday and we saw that she had lost another 10 pounds,” Craig Lomax said. “Now, she’s 20 pounds down from two weeks. Her lip was split open and she wasn’t understanding that she had a problem”.

Her parents knew there was a problem, but were unable to convince Linnea to abandoned her classes and come home. They returned two days later to check on her only to find Linnea in the midst of an angry suicide attempt.

“She had determined there weren’t enough pills in the bottle.” said Craig Lomax. “She would tell us later there wasn’t a building high enough in Davis”.

An emergency inpatient facility was Linnea’s home for the next 10 days, but the doctor expressed pressure by the family’s insurance company to get her out of the hospital and she was prescribed to an outpatient program. Her parents said she was still delusional, refusing to take her medication.

Linnea Lomax disappeared from the outpatient facility on her first day of treatment. In the weeks that followed, the Lomaxs tirelessly searched for their daughter, as did friends, strangers and local media. Her body was found two months later. She had committed suicide on a riverbank very close to the outpatient treatment facility.

So why does mental illness strike so suddenly at this age? The combination of stressors, freedom and loss of parental emotional support leads to mental distress or mental illness in students already predisposed. Dr. Joseph Sison, a psychiatrist working both in private practice and for Sacramento County said he sees a strong genetic link that is often overlooked when mental illness strikes.

“If you look at how you inherit mental illness, schizophrenia or bi-polar, it’s not very different from inheriting colon or breast cancer,” Sison explained. “It truly is a biological disorder and there are a lot of genetic studies out there that say, ‘Yes, mental illness does run in the family.’ Its inherited, but the stigma is so strong. You forget about aunt Flo or uncle Joe who had these issues.”

Sison said just as you can mitigate genetic predispositions to cancer with diet, you can mitigate mental illness with the correct combination of drugs, diet, exercise, counseling and even spirituality.

After a hard fought battle with her own mental illness, NAMI California Board Member, Amanda Lipp is now striking a balance that allows her to work, attend school and be an active, positive part of her family again.

It took therapy, the right medication and her family to bring her back from the brink. Lipp is now a sought after speaker on the topic of mental illness in young adults and is the youngest board member of the National Alliance on Mental Illness.

The Lomaxs are joining the effort to fight stigma and have crafted, with the help of a prominent psychiatrist, a series of proposals that will balance patient rights with the requirements of family intervention for those too mentally ill to make decisions about their own care. The Lipps suggest parents of college students get their child to sign a medical waiver before going to college. The waiver can be rescinded at any time, but gives parents a lawful way to access information if there is a crisis.

Sison said the best defense is to talk early and often to your children about stress and mental health, reveal any family history of mental illness and keep in close contact during those first critical months of college.