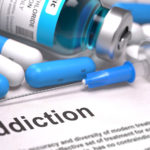 Drug overdoses are the leading cause of death for Americans under 50 because of synthetic opioids, primarily fentanyl and its analogues. Drug overdoses killed about 64,000 people in the United States in 2016, which is an increase of 22% over drug deaths recorded in 2015. Drug deaths involving fentanyl more than doubled from 2015 to 2016. There has also been an increase in deaths involving the use of cocaine and methamphetamines. This increase in use has caused an epidemic of drug overdoses that is killing people at a faster rate than the H.I.V. epidemic at its peak.

The sharp rise in drug deaths is depleting local and state resources. Police and medical professionals can’t keep up with the demand for treatment even with theincreased distribution of naloxone. Naloxone is a medication used to rapidly reverse opioid overdose in an emergency situation. It blocks the effects of opioids, quickly restoring normal respiration to a person whose breathing has slowed or stopped as a result of overdosing with heroin or prescription opioid pain medications .

One of my students, who is an addiction specialist recently told me that she had to use nine injections of naloxone to revive a patient who is a heroin addict because fentanyl has made heroin so much stronger than heroin alone. Some experts argue that a reformulated version of OxyContin released in 2010 may have caused some people to switch to heroin or other drugs which is cheaper than prescription drugs. `

Many people tend to think that the epidemic of drug deaths exists primarily in the white populations of Appalachia and the Northeast. But fentanyl has changed that picture. The death rate in Maryland last year outpaced that in both Kentucky and Maine. Last year, fentanyl killed more people in the U.S. than heroin.

What to do? In March, President Trump created a commission to study the opioid crisis. The commission issued a preliminary report last week stating that its “first and most urgent recommendation” is for the president to declare “a national emergency under either the Public Health Service Act or the Stafford Act.”

The report noted “With 142 Americans dying every day, America is enduring a death toll equal to September 11th every three weeks.” The commission, led by New Jersey Gov. Chris Christie states that the goals of such a declaration will force Congress to focus on funding and to “awaken every American to this simple fact: if this scourge has not found you or your family yet, without bold action by everyone, it soon will.” The commission’s report includes the following recommendations that public health experts and drug policy reformers have been advocating for years:

These recommendations emphasize the fact that the opioid crisis is a medical crisis, a national health crisis–not an issue to be criminalized. This is in stark contrast to the approach that the Trump administration is taking to escalate the war on drugs.